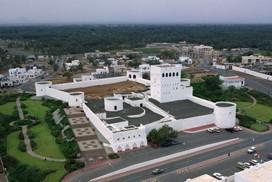 With 600 years of glorious history, Sohar is now a busy port, undergoing some major transformation. Sohar is considered to be the birthplace of the legendary sailor Sindbad. Other than the fables, this city is rich in copper deposit. As per the archeological evidence, the extraction of copper is 5000 years old. At present couple of copper mines are still operational, which shows a deposit of 18 million tons of copper.

The major attraction of Sohar is the Sohar Fort, which is located in Harat Al Hajara. It is considered to be the largest fort in the Sultanate and it dates back to 179 AH. The fort displays the history of Sohar. Sohar is also well known for the handicraft souk, Friday souk. Some other attractions include the Wadi Haybi and Wadi Ahin, where water runs throughout the year. The majestic Sohar Gate which welcomes the visitors to this city is yet another pull of this region.

Part of the My Guide Network