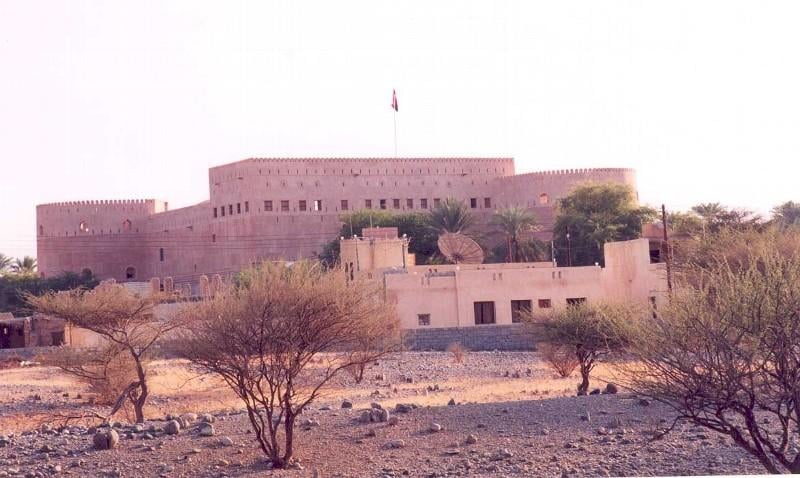 Al Hazm lies about 20kms from Ar Rustaq on the road leading back to the Batinah Coast. A small village and a massive fort was built there in the 18th century by Imam Sultan bin Saif bin Sultan of the Ya’aruba dynasty, whose remains was buried in a walled tomb inside this fort.

Some 2.5m high and 30cms thick, brass studded, carved doors once sealed the entrance of this fort. It has two large towers and a small central courtyard with various small rooms used for the storage of dates and rice. Aside from these, there’s also a kitchen, living quarters for the Imam and his family, plus a madrassah (Qur’anic school).

Secret tunnels also run through this fort. Two escape tunnels can also be found here, where one leads all the way to Ar Rustaq Fort, 32kms away and the other to the coast. One can see a panoramic view of the Batinah plain from the top.

Part of the My Guide Network